Global ULI Online
Go to official site
Registration is complimentary and open to all.
Register Yourself Register Two or More
View Event Attendees
Creative placemaking – defined by the Kresge Foundation as the process of deliberately integrating arts, culture and community-engaged design into comprehensive community development – can be a catalyst in creating more equitable and inclusive places. During the pandemic and the protests for racial justice, creative placemaking has emerged as a strategy to draw attention to injustice, elevate diverse voices, and create new opportunities for socially distanced community gathering and engagement. How is creative placemaking in public spaces and real estate adapting to this period of disruption and what will it look like going forward? Join experts from across the United States and beyond to explore creative placemaking today and in the future. 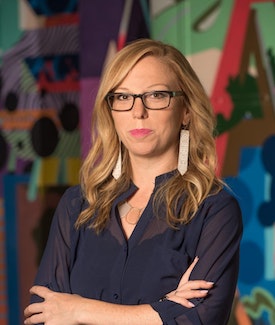 Theresa Sweetland is an experienced executive director, fundraiser, curator, and leader in the field of community cultural development and creative placemaking. Theresa served as Executive/Artistic Director of Intermedia Arts, Minnesota’s premier multidisciplinary, multicultural arts organization, where her leadership successfully revived this renowned arts organization from near death in 2009 to stability and national prominence. Most recently, she served as Director of Development and External Relations at the Minnesota Museum of American Art where her efforts focused on raising visibility and resources to support the rebirth of the St. Paul institution. Her passion and know-how have continually brought together diverse sectors of the community, artists and planners, elders and teens, prisoners and poets, to build collaborations and partnerships that expand and enrich lives and build community. Theresa holds a BA in Cultural Anthropology from the University of Minnesota and a Master’s degree in Urban and Regional Planning from The University of Minnesota Hubert H. Humphrey School of Public Affairs with a concentration on community and economic development. Theresa is a Co-Founding Artistic Director of B-Girl Be, the world’s first international women in hip hop summit and founding director of Creative CityMaking, a pioneering partnership between artists and city staff to advance racial equity goals and engage underrepresented communities in determining the future of Minneapolis. Theresa was recognized for bold new steps and strategic leadership with the Sally Ordway Irvine Award for Initiative in 2015.
View in Member Directory Will open in a new window 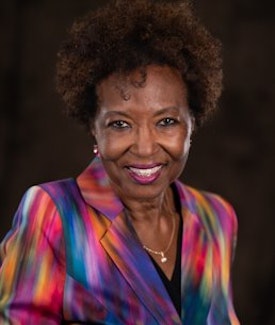 Juanita Hardy has a passion for fostering healthy, thriving, and equitable places to live, work, learn and play through her work with individuals and businesses. Hardy has over 45 years of business experience, including 31 years with IBM, where she retired in 2005, and over 35 years in the arts as a nonprofit leader, trustee, collector, and patron of the arts. Hardy was Senior Visiting Fellow for Creative Placemaking for Urban Land Institute (2016-2018), a global non-profit committed to responsible land use. She now serves as a consultant for ULI on Creative Placemaking. Hardy founded Tiger Management Consulting Group after retiring from IBM, a global training and business consulting services firm. She has been an executive coach for Right Management, a global human capital development firm, since 2006. Hardy’s client portfolio includes both for profit and non-profit organizations. Hardy is the former Executive Director of CulturalDC (2013-2015), a nonprofit committed to making space for artists and art organizations and fostering cultural and economic vibrancy in communities through its creative placemaking services. She co- founded Millennium Arts Salon, an art education initiative, in 2000. Hardy was recognized by the Washington Business Journal as a Minority Business Leader in 2010. Hardy is an accomplished writer and public speaker. Her articles and essays have appeared in magazines and journals in the US and abroad. Her recent writing includes a tetralogy of articles on creative placemaking in Urban Land magazine. Hardy serves on the board of the Mosaic Theatre Company, a non-profit theatre company based in Washington, DC. Recently she joined the board of the Mid Atlantic Art Foundation based in Baltilmore, MD, which provides support and funding for arts programming in states that comprise the mid-atlantic region. Previously, she served on the board for ArtTable (2016-2019), a national non-profit for women professionals in the arts based in New York City. Hardy is an avid collector of fine art and, since 1985, and has acquired many works on paper, canvas, sculptures, as well as traditional African art.
View in Member Directory Will open in a new window Andrea Jenkins has more than 25 years of public service experience as a Minneapolis City Council policy aide, nonprofit executive director and consultant, and Hennepin County employment specialist. She has lived in the Bryant neighborhood for 16 years. From 2001 to 2003 and from 2006 to 2015 she served as policy aide to two different Ward 8 city council members, Robert Lilligren and Elizabeth Glidden. In that role she worked directly with ward constituents to address their needs and concerns, from public safety to property development proposals. One of the highlights of her work as policy aide was the redevelopment of 38th Street and Chicago Avenue. In collaboration with a small group of organizers, she convened neighborhood residents and business owners with a goal of reimagining the intersection, which had for years been plagued by crime and blight. Ultimately the intersection has seen a tremendous renaissance, marked by arts initiatives and small business investments.
View in Member Directory Will open in a new window 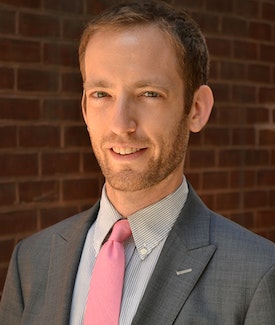 Ben Stone is Director of Arts & Culture at Smart Growth America and its program Transportation for America. Ben leads the organization’s broad efforts to help communities across the country better integrate arts, culture, and creative placemaking into neighborhood revitalization, equitable development, and transportation planning efforts. Ben holds a Bachelor of Fine Arts from the School of the Museum of Fine Arts, Boston; a bachelor’s degree in American Studies from Tufts University; and a Master in City Planning from MIT, where he focused on land use planning, urban design, and the intersection of the arts and community development. Prior to joining SGA, Ben served as Executive Director of Station North Arts & Entertainment, Inc., where he employed an arts-based revitalization and placemaking strategy to guide development in the state-designated Arts District in Baltimore. Under Ben’s leadership, Station North became a national model for creative placemaking and equitable development through the arts and innovative collaboration. Ben has also served as an architectural designer/planner for the Baltimore Development Corporation, working on revitalization projects in Baltimore’s Middle Branch, Central Business District, and Station North. As a frequent conference speaker and guest lecturer and critic, Ben has advised students, practitioners, and artists on creative placemaking and community-engaged art. Ben has been recognized as a Fellow of the Salzburg Global Forum for Young Cultural Innovators (2014), a Baltimore Business Journal 40 under 40 Honoree (2014), and a Next City Vanguard (2012).
View in Member Directory Will open in a new window 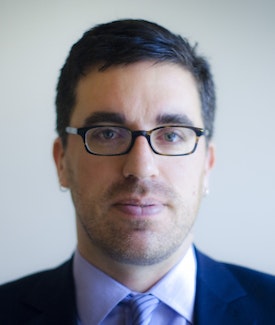 Jamie Bennett has been the Executive Director of ArtPlace America since January 2014. Previously, Jamie served as Chief of Staff at the National Endowment for the Arts and Chief of Staff at the New York City Department of Cultural Affairs. He has also provided strategic counsel at the Agnes Gund Foundation; served as chief of staff to the President of Columbia University; and worked in fundraising at The Museum of Modern Art, the New York Philharmonic, and Columbia College. His past nonprofit affiliations have included the Board of Directors of Art21 and the HERE Arts Center; the Foot-in-the-Door Committee of the Merce Cunningham Dance Foundation; and Studio in a School’s Associates Committee. Jamie received his B.A. from Columbia College in New York City.
View in Member Directory Will open in a new window

Despite recent changes in our collective commuting patterns while working from home, and from technological innovations in shared mobility, the importance of reliable, affordable, and safe transit is paramount. Essential workers, students and seniors rely on public transit to get to work, school, and necessary services.

Get the big-picture thinking and actionable insights you need – now.