Given what we know about the public benefits a community gains from transit, what interest does the private sector have in supporting a robust and reliable transit system? How can major employers, downtown business owners, the healthcare community, and leaders in the private sector come together to guide and support a transit-rich future?

This registration is for a single session in this series. Register for the full series with a discount here.
Register Yourself Register Two or More
View Event Attendees
Despite recent changes in our collective commuting patterns, the importance of reliable, affordable, and safe transit is paramount. Essential workers, students, and seniors rely on public transit to get to work, school, and necessary services. Communities built to support transit are healthier, more prosperous, and more resilient. This series explores ‘the case for transit’ in three parts.

Given what we know about the public benefits a community gains from transit (see session two), what interest does the private sector have in supporting a robust and reliable transit system? How can major employers, downtown business owners, the healthcare community, and leaders in the private sector come together to guide and support a transit-rich future? This interactive forum seeks to begin to answer these questions and make progress in public-private collaboration.
This is session three in a three-part series.
See the full series information and register for all three at a discounted rate here. 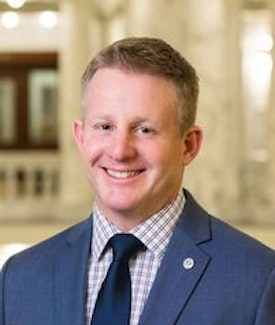 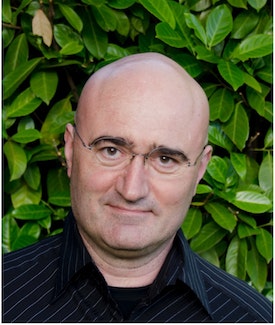 Jarrett Walker is an international consultant in public transit network design and policy, with 25 years of experience planning public transit in North America, Europe, Russia, Australia, and New Zealand. His firm Jarrett Walker and Associates, based in Portland, Oregon, provides transit planning and executive advice to clients worldwide. He has worked in about 100 cities in nine countries. Since 2011 he led the planning for a majority of the ridership-increasing network redesigns in the US, including in Houston, Columbus, Richmond, San Jose, and Anchorage. Projects underway include Dallas, Atlanta, and Dublin, Ireland. He is a frequent keynote speaker, both at conferences and at events building a city’s interest and understanding of the public transit challenge. He is a well-known innovator in describing transit issues to the public, in building values-based policies and standards, and in running interactive design processes for transit plans. His training programs range from executive workshops to two-day intensive courses. His book, HUMAN TRANSIT: HOW CLEARER THINKING ABOUT PUBLIC TRANSIT CAN ENRICH OUR COMMUNITIES AND OUR LIVES, was published by Island Press in 2011. The book offers an introduction to transit issues for the average reader, designed to help anyone form clearer views that reflect their own values. In addition to his consulting, teaching, and speaking, he writes about public transit issues at HumanTransit.org.
View in Member Directory Will open in a new window

ULI Idaho: The Case for Transit - How Do We Move Forward? / What is the Value Proposition for Investing?